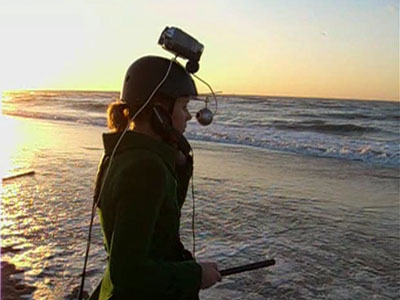 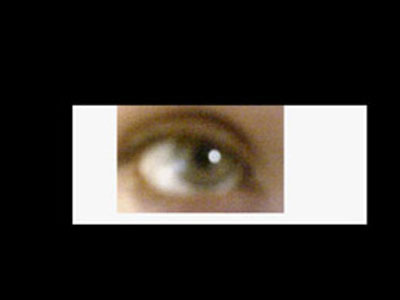 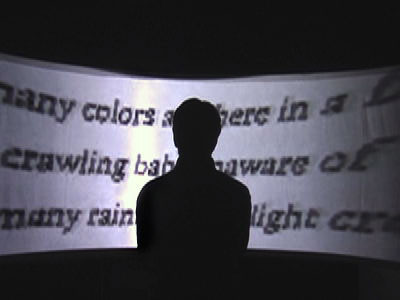 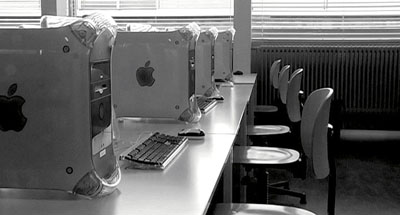 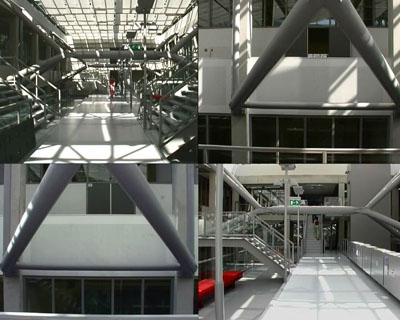 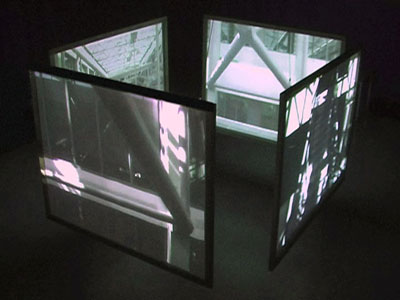 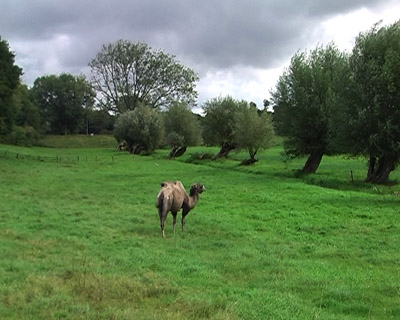 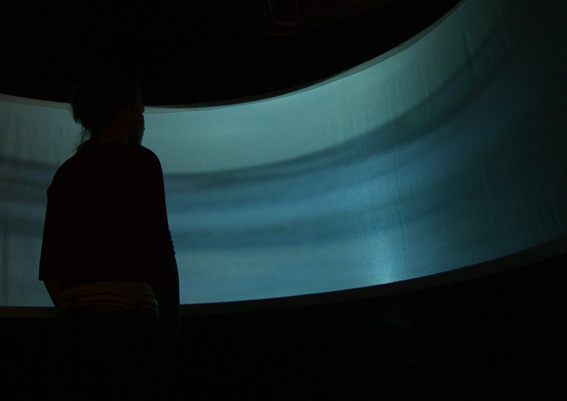 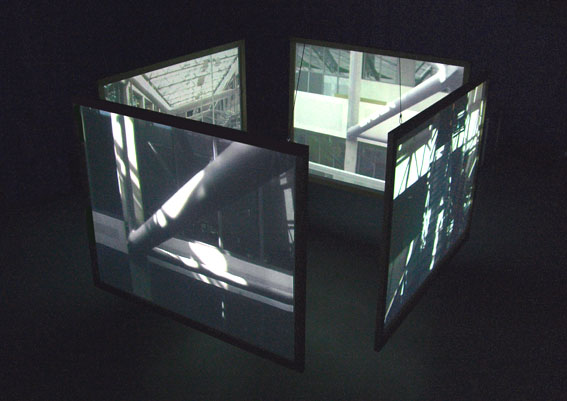 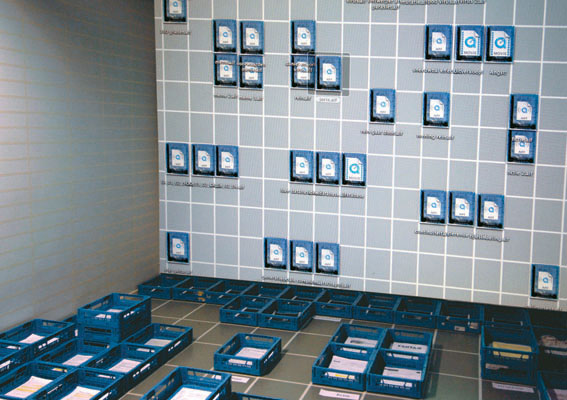 To create an image which visualizes perception, it is necessary to 'reinvent' the way we capture images and to somehow include the way we see. The norms of pictorial capturing have to be changed or at least bent. 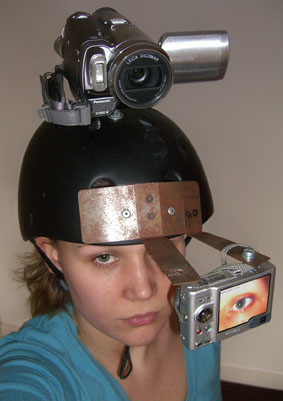 By building a so-called 'videohelmet' I was able to simultaneously capture the movement of my eye as well as my environment. In that way I could take into account the effect my eyemovement had on my immediate surroundings. By motiontracking the eyemovement and placing that data on the 'normal' images I was able to very accurately resemble the way we really see, that is, the raw image data that comes through our eyes. This includes 'jumps' of the eye as well as blinking. All in all a very unstable image emerges.

Reinventing the capturing of images alone wouldn't do the trick of experiencing that unique individual perception. It had to be reproduced and made visible in a way that reinforces the feeling of seeing through someone's eyes. This was acceived by building a cilindric see-through projection screen, the size of 4 metres long. By projecting on the back of the screen, the spectator is able to stand close to the screen and have their field of vision fully covered, about 200 degrees. 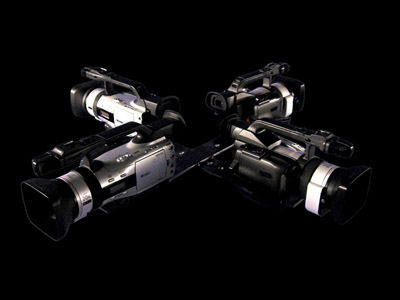 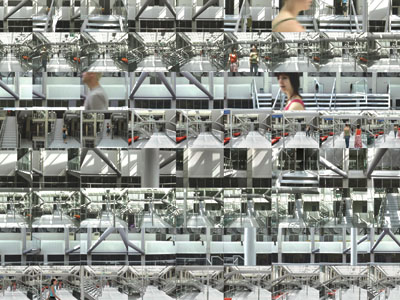